Saint Anthony and the “cinturino” pig

It’s easy to see a pig in a church in Valnerina. Nothing blasphemous, for Heaven’s sake. Traditionally, the pig is one of the attributes that identifies Saint Anthony the Abbot, who is a saint revered by the people of the agricultural world and recognized as the protector of animals.
For this reason, in the traditional iconography, the saint is often represented in the company of a pig, even if someone speculates that, at the origin, there was the intent to portray the devil, or the temptations of the meat, represented by the pig,at the foot of the saint who fought so much against them.
Anyway, since the XIV century, a particular black piglet called “cinturino”, specific of the Umbrian inland, is often depicted alongside the saint in some pictorial representations in Valnerina. 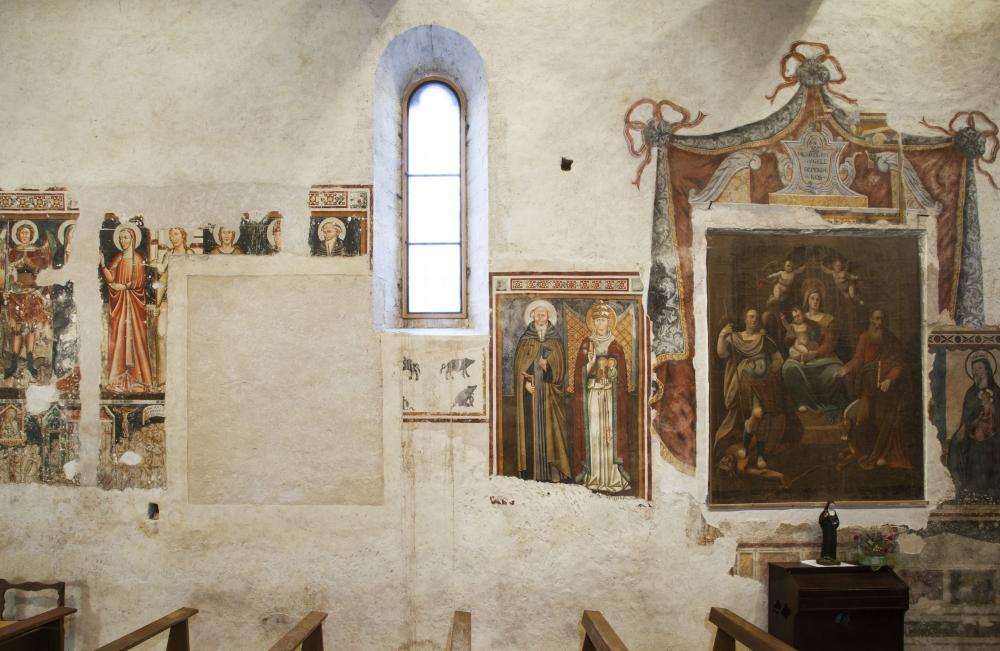 In Vallo, in the middle of the Bianchi procession

A beautiful representation of the “cinturino” pig at the foot of St. Anthony can be admired inside the church of Santa Maria in Vallo di Nera, an original building of the XIII century, whose interior walls are almost entirely frescoed.
In addition to the representations of different saints, there is the most famous one,”La Processione dei Bianchi”, the representation of an episode that actually happened at the end of the XIV century, which so much impressed the inhabitants of the place, to push them to call, a painter like Cola di Pietro from Camerino to paint it.
The episode is the passage to Vallo di Nera of the procession of the Whites, a penitential movement developed during the preparation of the second holy year in the history, with the aim to stop the struggles, promote prayers and penances and reconcile factions and enemies.
The fresco depicts, as in a story, the arrival of the penitents, who were coming from a long journey started in northern Italy; they were dressed in white habit and red crosses on the shoulders and on the hood.
They were welcomed by the Franciscan friars in front of the church of Santa Maria, where local people had gathered with insignias that are still kept in Vallo di Nera. In the close-up there is the representation of kiss in sign of peace between the two faction leaders.

The blessing of the pig and the bell

Saint Anthony is so therefore considered the protector of domestic animals, that he is usually depicted alongside a pig that carries a bell at the neck. On January 17, traditionally, the Church blesses the animals and the stables placing them under the protection of the saint.
The tradition of blessing animals (especially pigs) is not directly linked to Saint Anthony: it was born in the Middle Ages in German territory, when in each village it was used to raise a pig, equipped with a bell to be recognized, to allocate to the hospital, where the monks of St. Anthony were serving.
The breeding, was carried out on behalf of the monks, free of charge and by peasants devotion.
At work accomplished, the peasants received protection for themselves and for the work during the annual cycle of production, so the pig was made “sacred” and losing its demonic connotation, since it became the way for the peasants to obtain reassurances and promises of fertility. 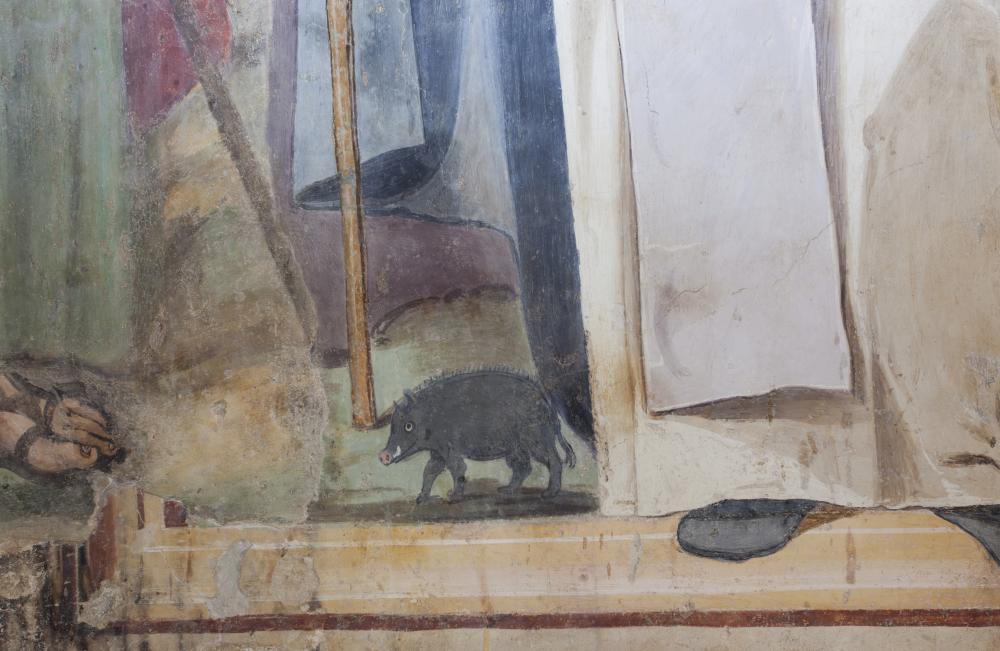 In the Valnerina, the ritual lunch with the pig of Saint Anthony

In different villages in Valnerina it was used to raise a piglet said “Saint Anthony’s” to which was placed a bell around the neck and everyone used to feed it. Then on the occasion of the Saint Festival, on January 17, the pig was sacrificed and eaten during a ritual lunch.